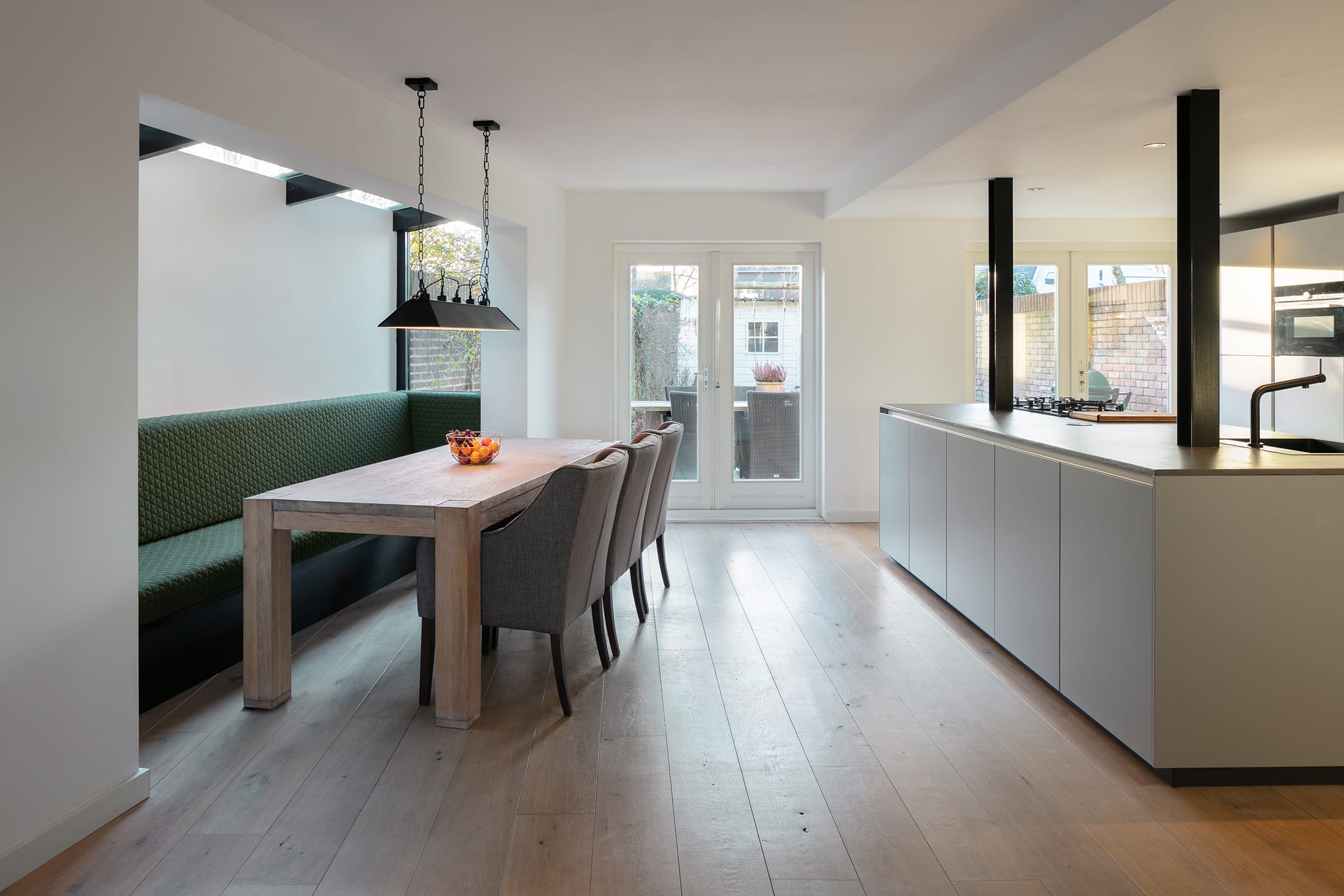 Enclosure and open views in a large space

The occupants of a house on the Franciscanenborch in Rosmalen were unsatisfied with their tapered dining room, in which the chairs on one side of the dining room could barely be pushed back while getting seated or standing up. Hence, they wanted a bigger dining room, but also they wanted an open kitchen.

The kitchen became part of the bigger whole as the former walls are removed and a kitchen island is placed. While cooking, you can now look into the living room and dining room, keeping an eye on their playing children.

More space was created by removing a part of the side wall of the dining space and placing it on the border of the plot. The nook that now came into being was filled with a fixed couch so no moving backwards was necessary while getting seated or standing up.

While seated on the couch, the clients feel sheltered and enclosed while still being part of the larger space. The side walls and roof are made of glass, giving unique sightlines that do not exist in the rest of the house. 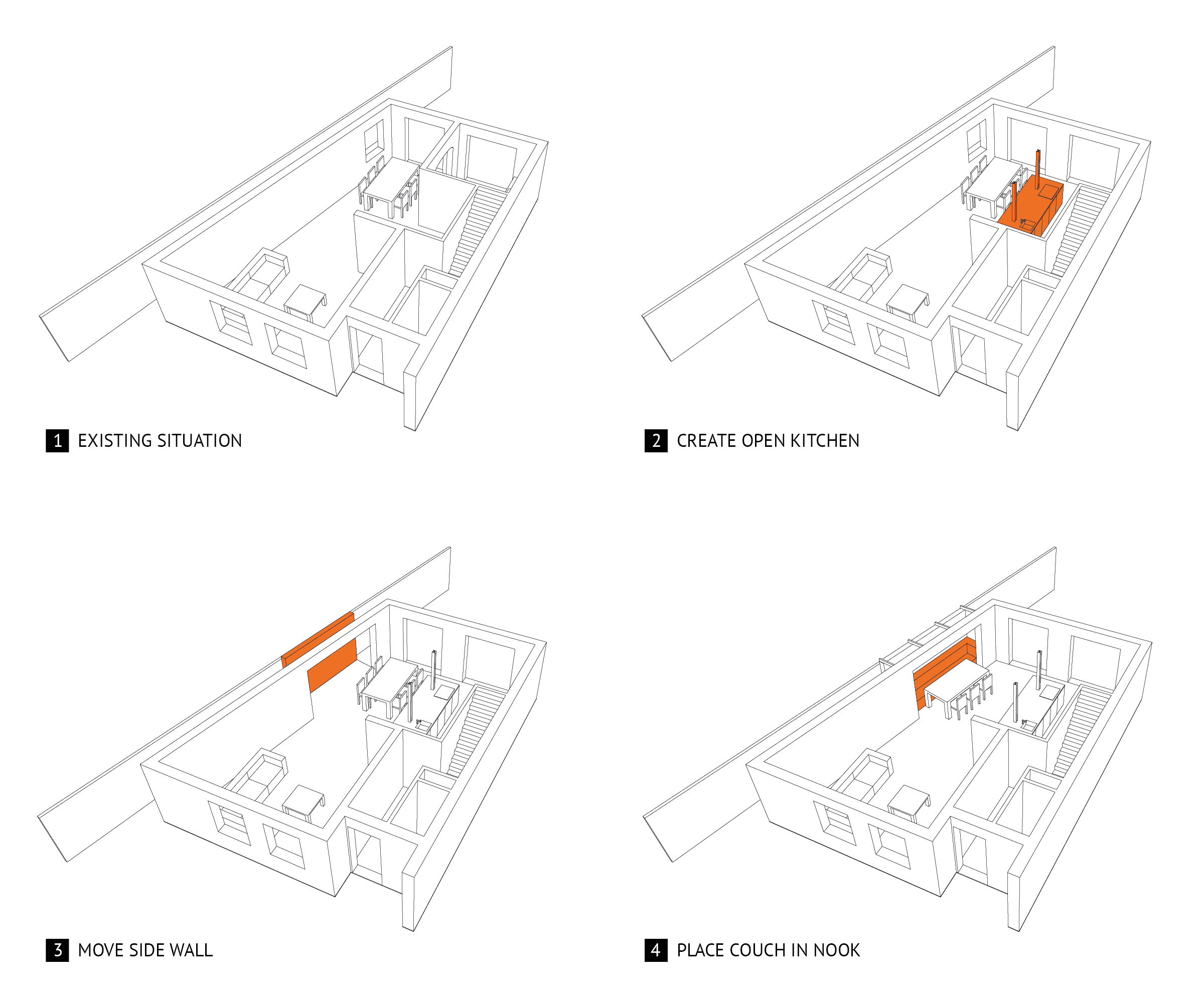