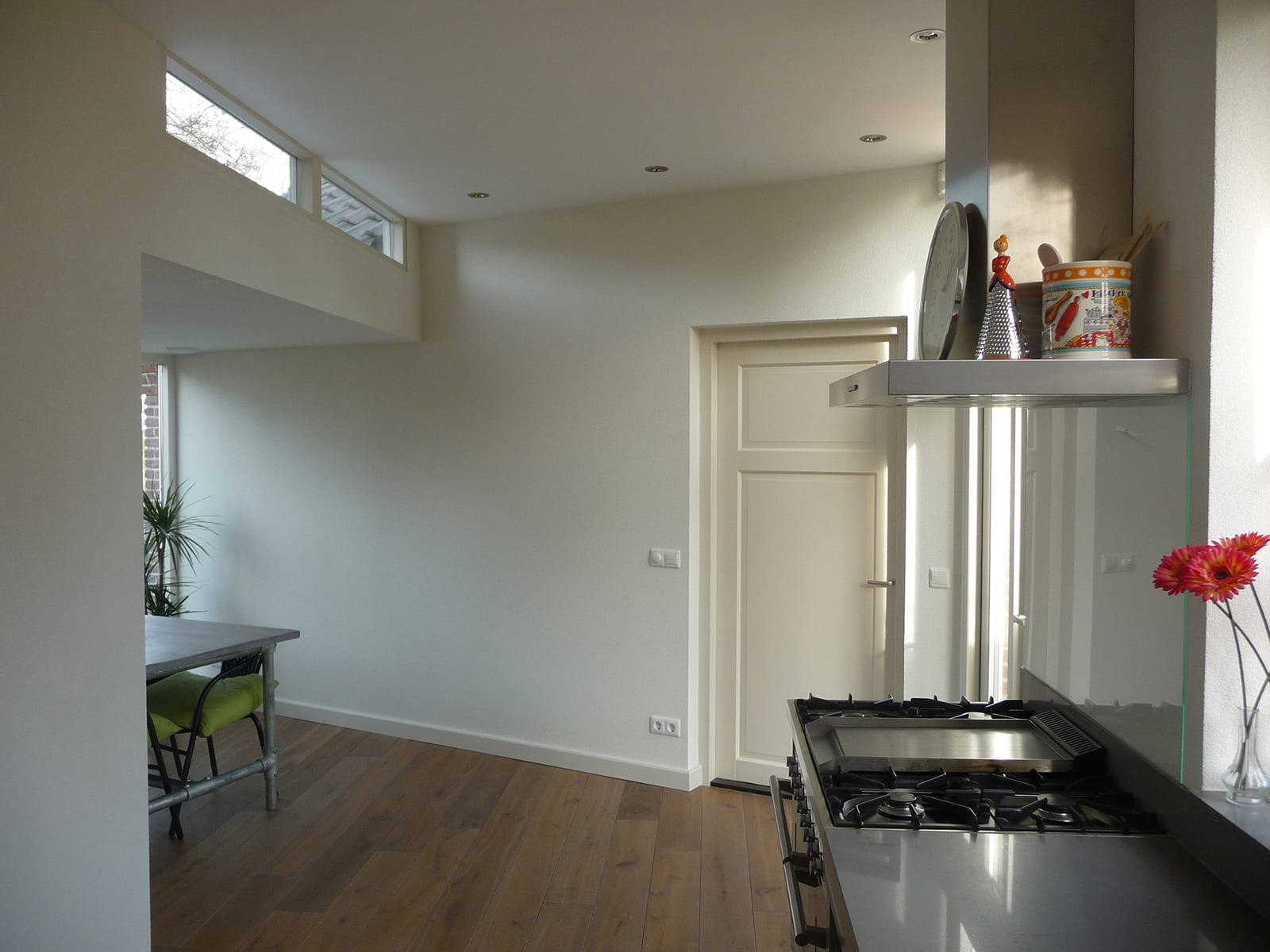 A young couple wanted to include the existing storage space to their house and use it as their dining room.

Since the existing roof (a combination of a pitched roof and a flat roof) had an oppressive effect on the interior, the roof had to be replaced. The choice was made to create two flat roofs differetnt heights: a lower one on the street side in order not to exceed the gutter of the garage and a higher one as a continuation of the ceiling in the kitchen.

By using these two heights two zones come into being: the higher zone where the cooking and “traffic” takes place and the lower zone as an intimate dining room.

Between the flat roofs a window on the west side has been placed to admit sunlight during dinner time. The windows of the dining room run from floor to ceiling, so they form a contrast with the smaller windows of the traditional brick facade. 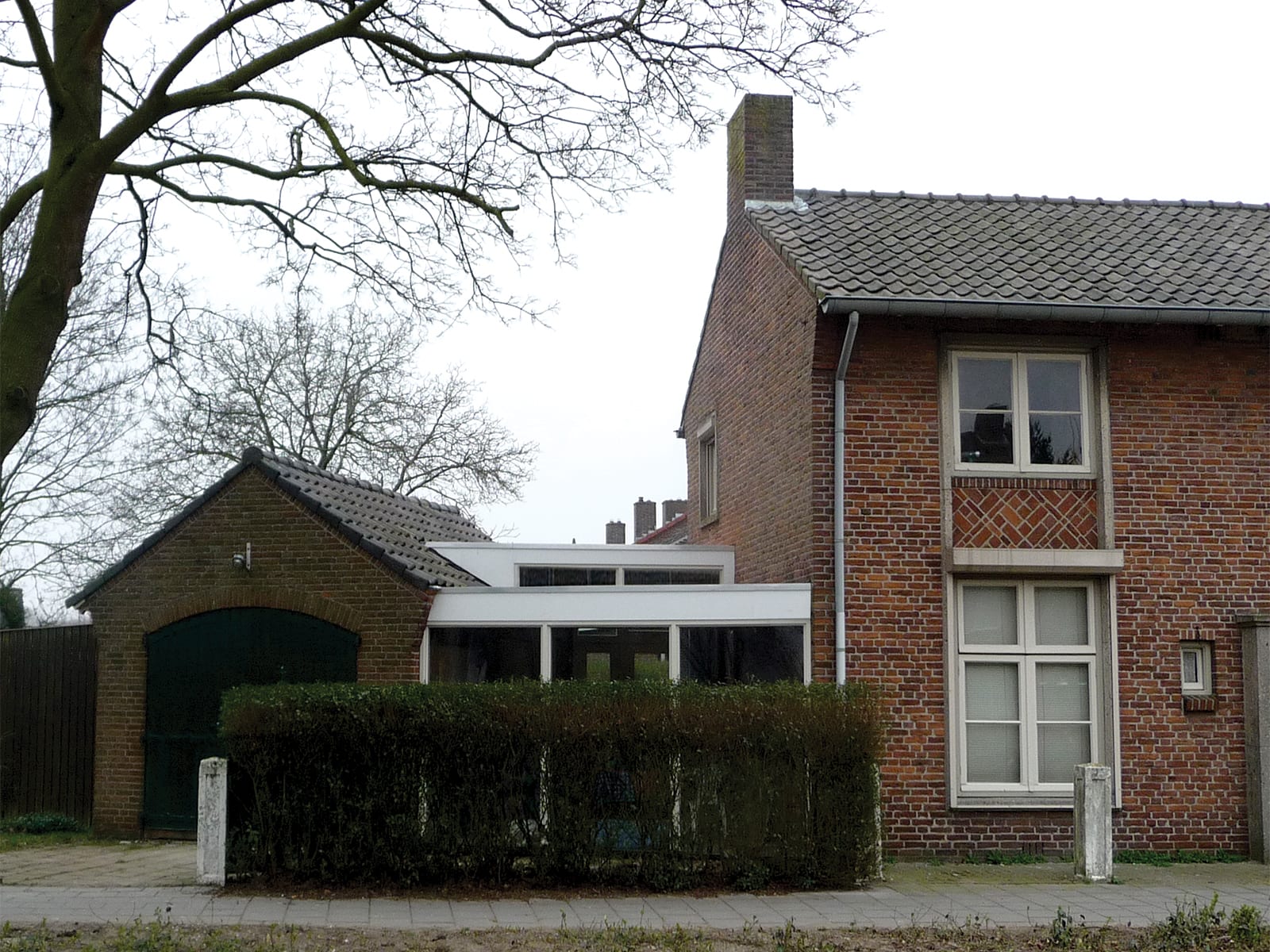 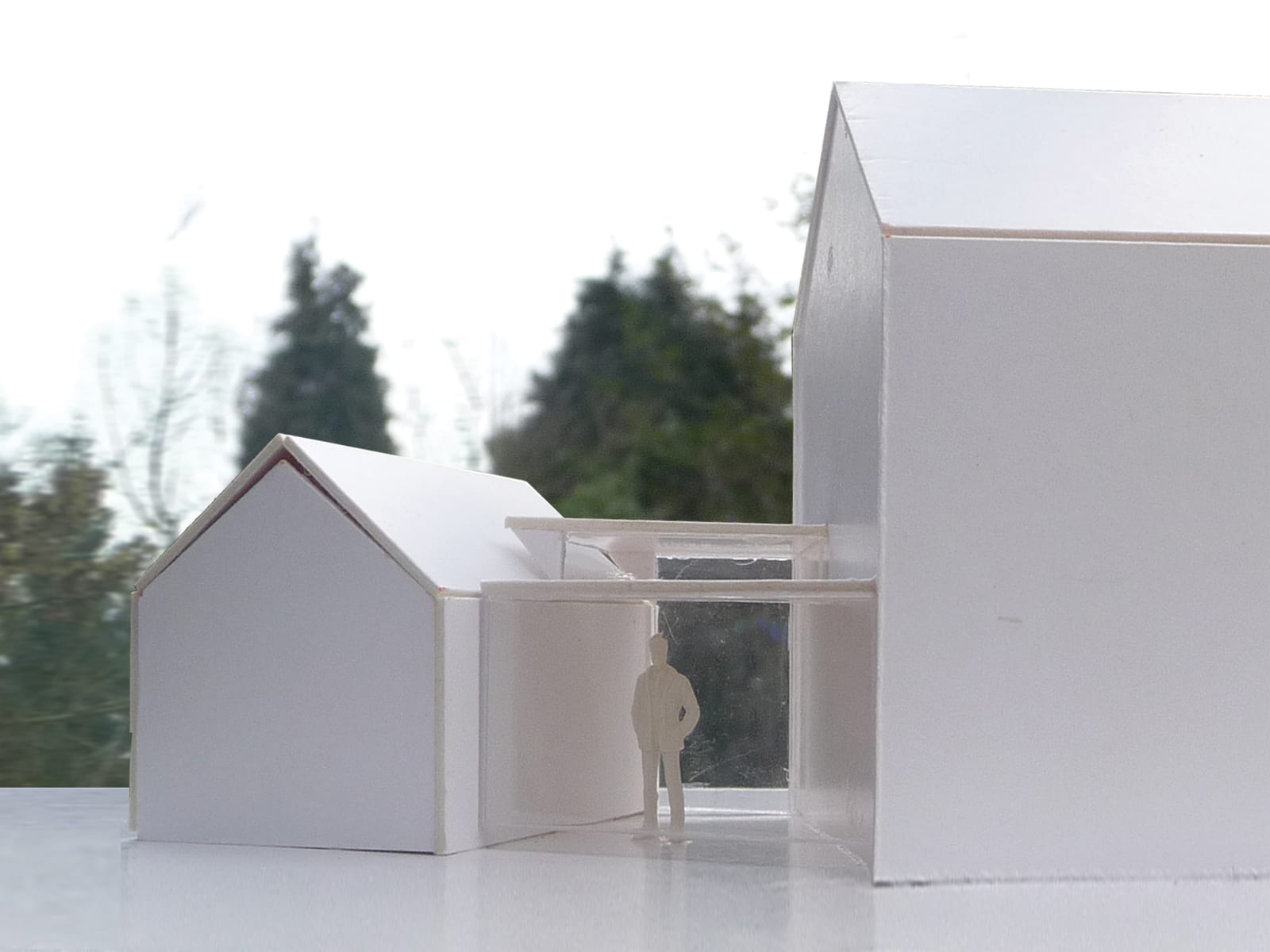 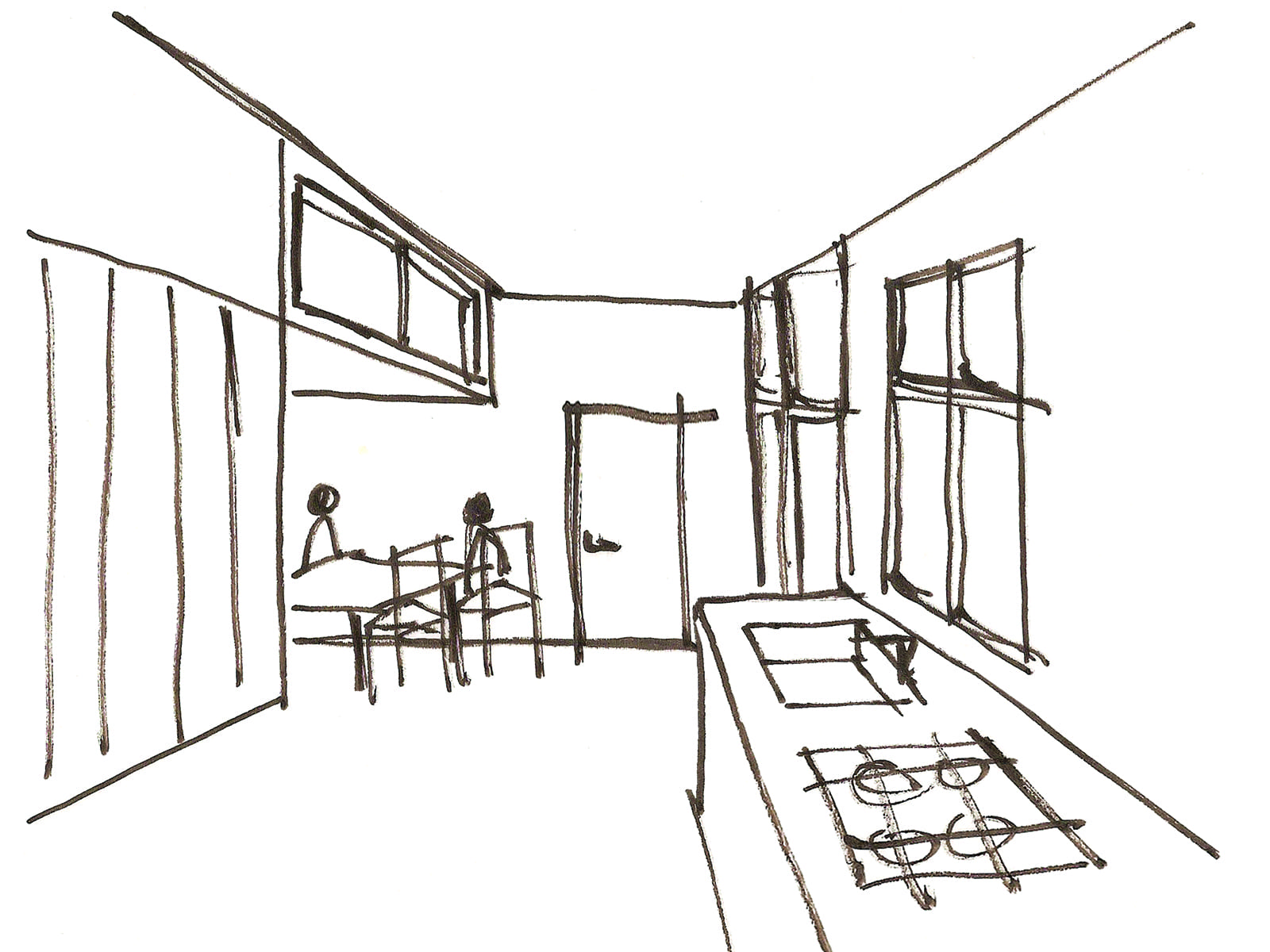 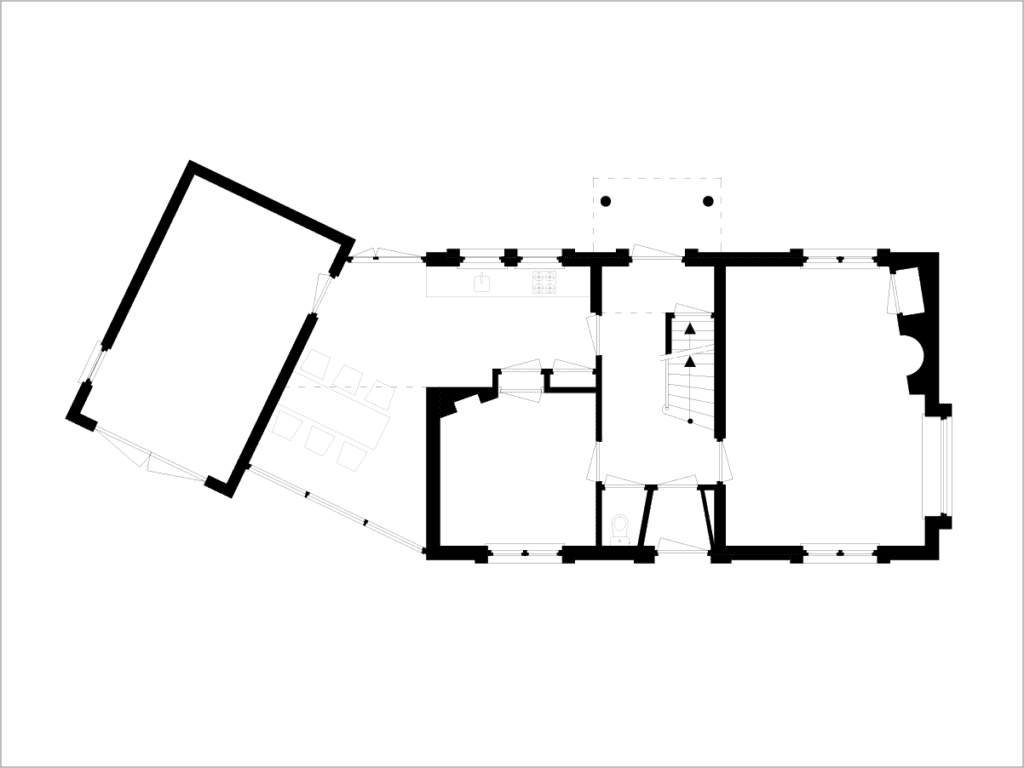 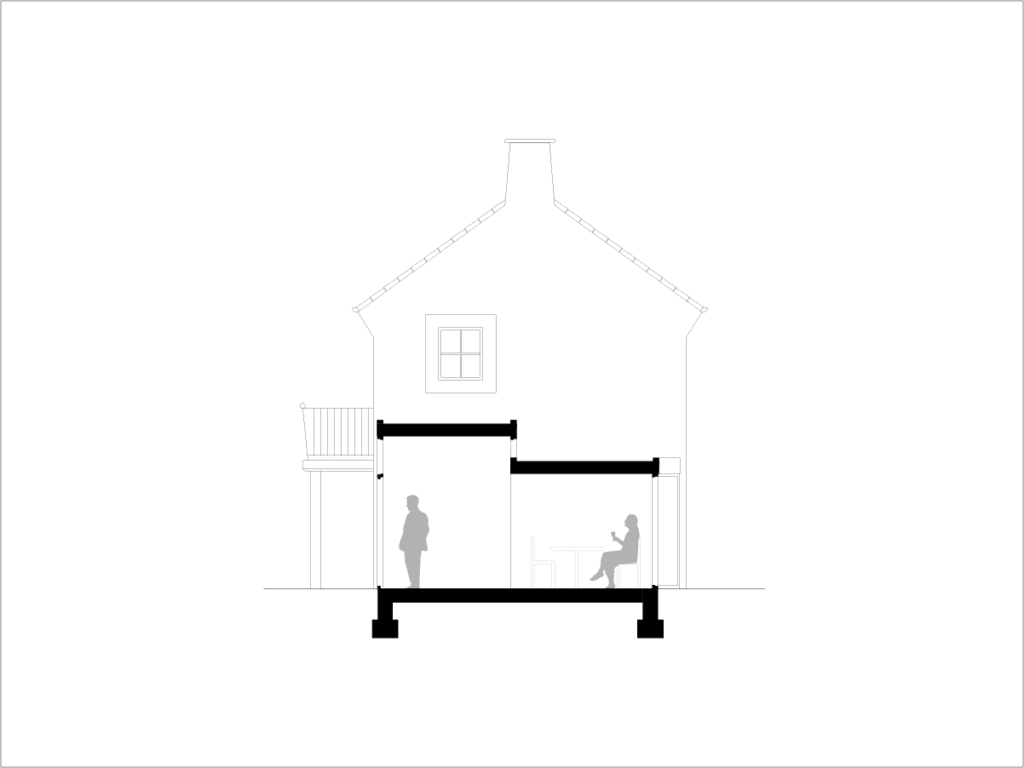