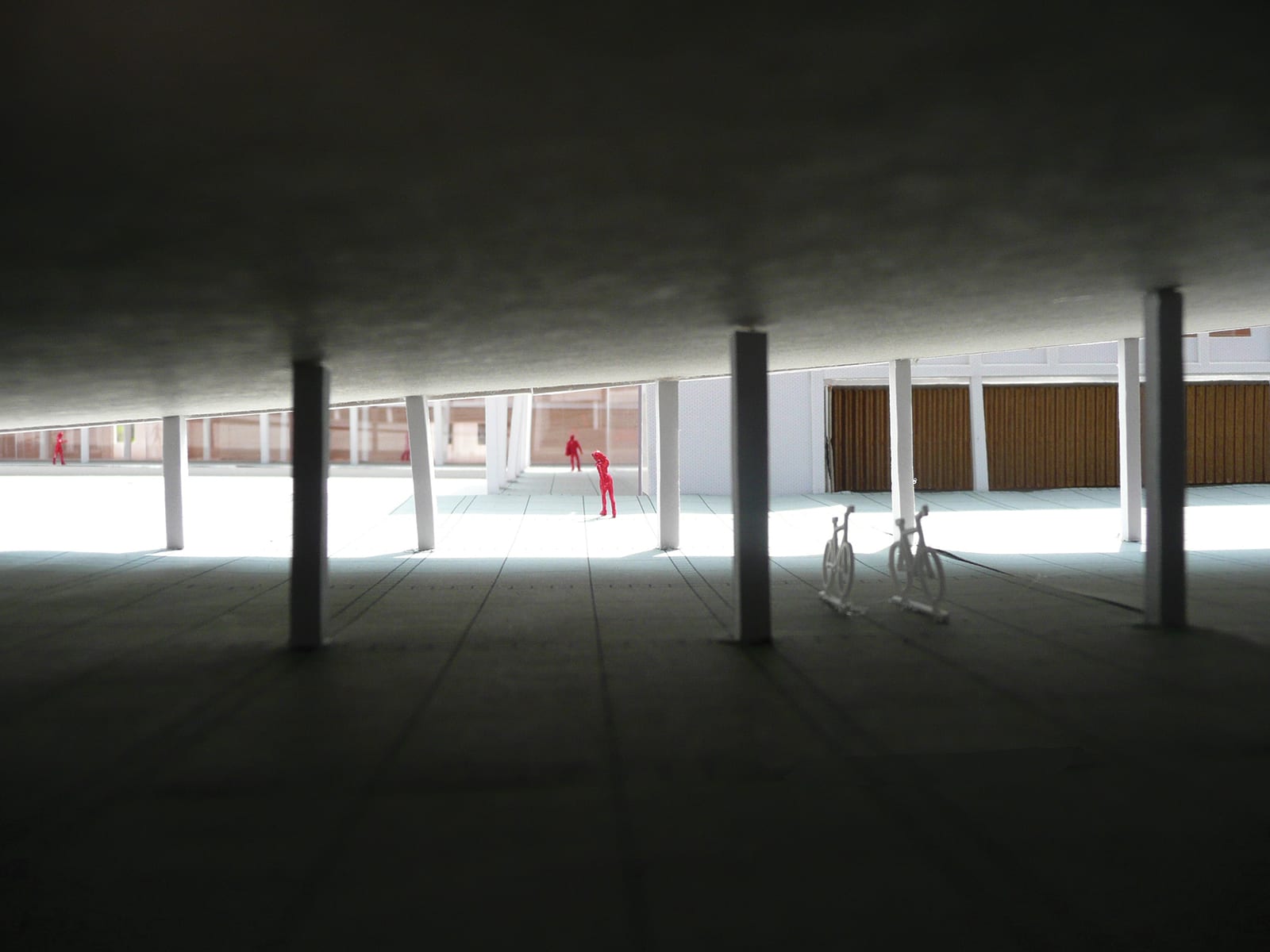 On the north bank of the river IJ, on the former NDSM wharf – de Nederlandsche Dok en Scheepsbouw Maatschappij – the municipality of Amsterdam wants to build their fourth grammar school.

Three volumes,  the main building, lower and higher grades, have been placed next to an existing slope,  which is used as bicycle storage. The loose composition of the four buildings recalls the ancient Greek agora, as an enclosed outdoor space within the city.

The grammar school, with its emphasis on Greek and Latin, now becomes an oasis of knowledge within the industrial  landscape. The agora, as gathering place, now serves as schoolyard. It is surrounded by stoas and other buildings, which are used for teaching, akin to the ancient Greek world. 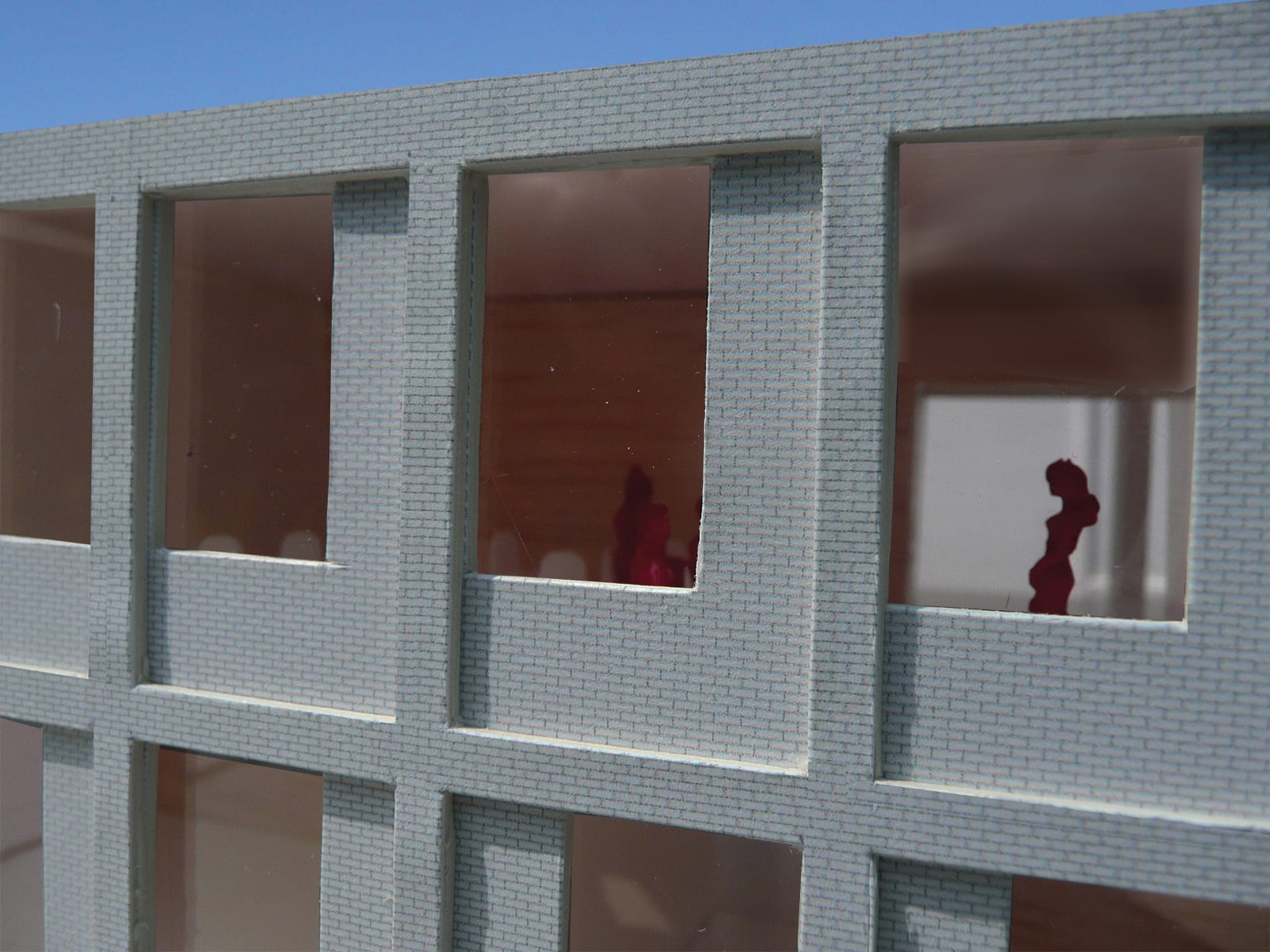 In order to compete with the large scale – one of the distinctive features of the site – three large volumes have been placed next to an existing slope, which from a distance appears to be one large volume.

The schoolyard, surrounded by colonnades, forms the heart of the segregation from public to private spaces: public functions are placed along the schoolyard, while the classrooms are situated on the outskirts of the building. 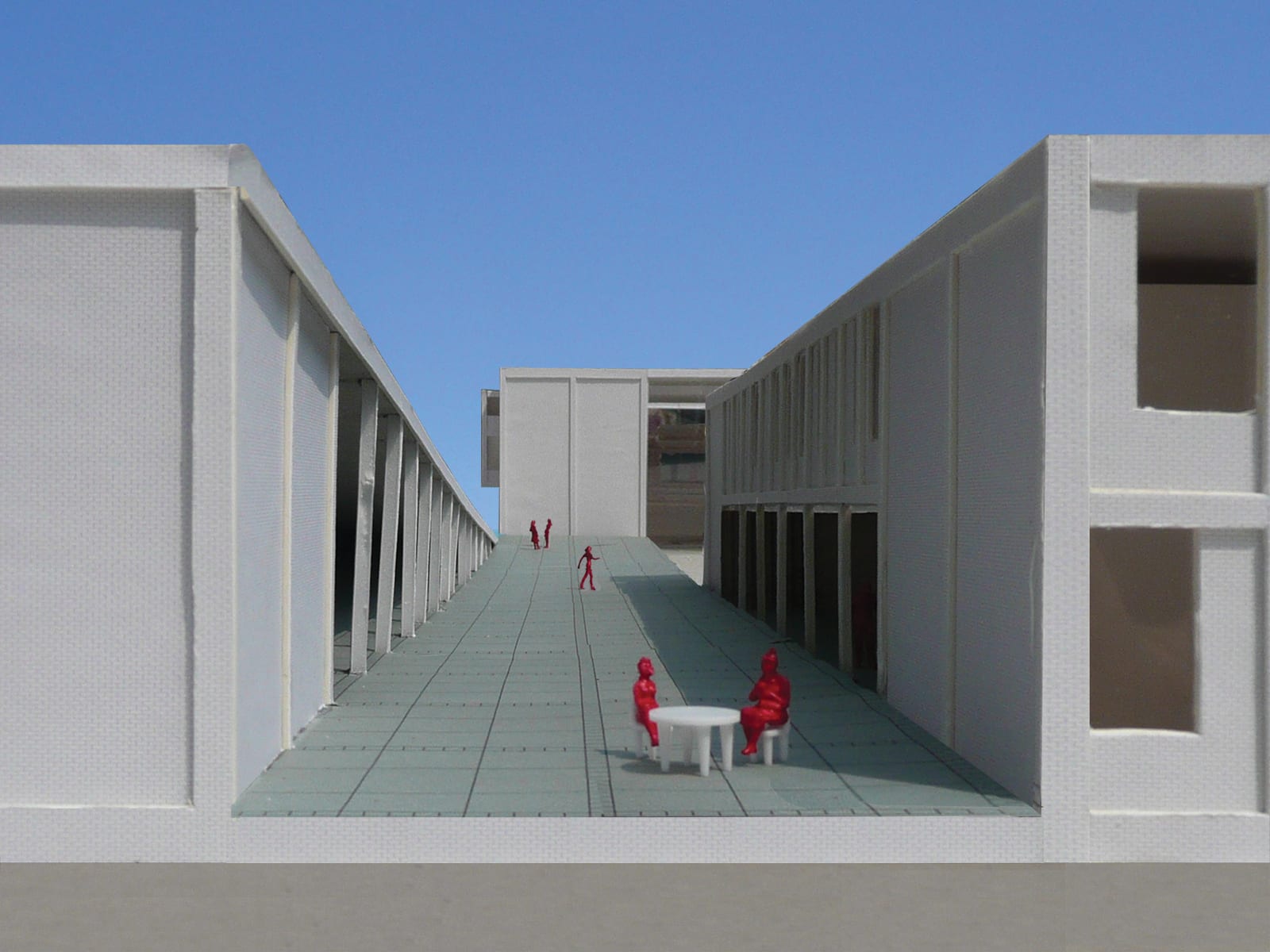 The structure is based on a 4.8 x 4.8 meter grid, derived from the concrete slabs used for the pavement, which are prevalent in industrial areas. The exterior materials used – brick and steel corrugated sheets – relate to the environment. The facades recall the articulation of industrial sheds: a freedom of window placement within a fixed grid. 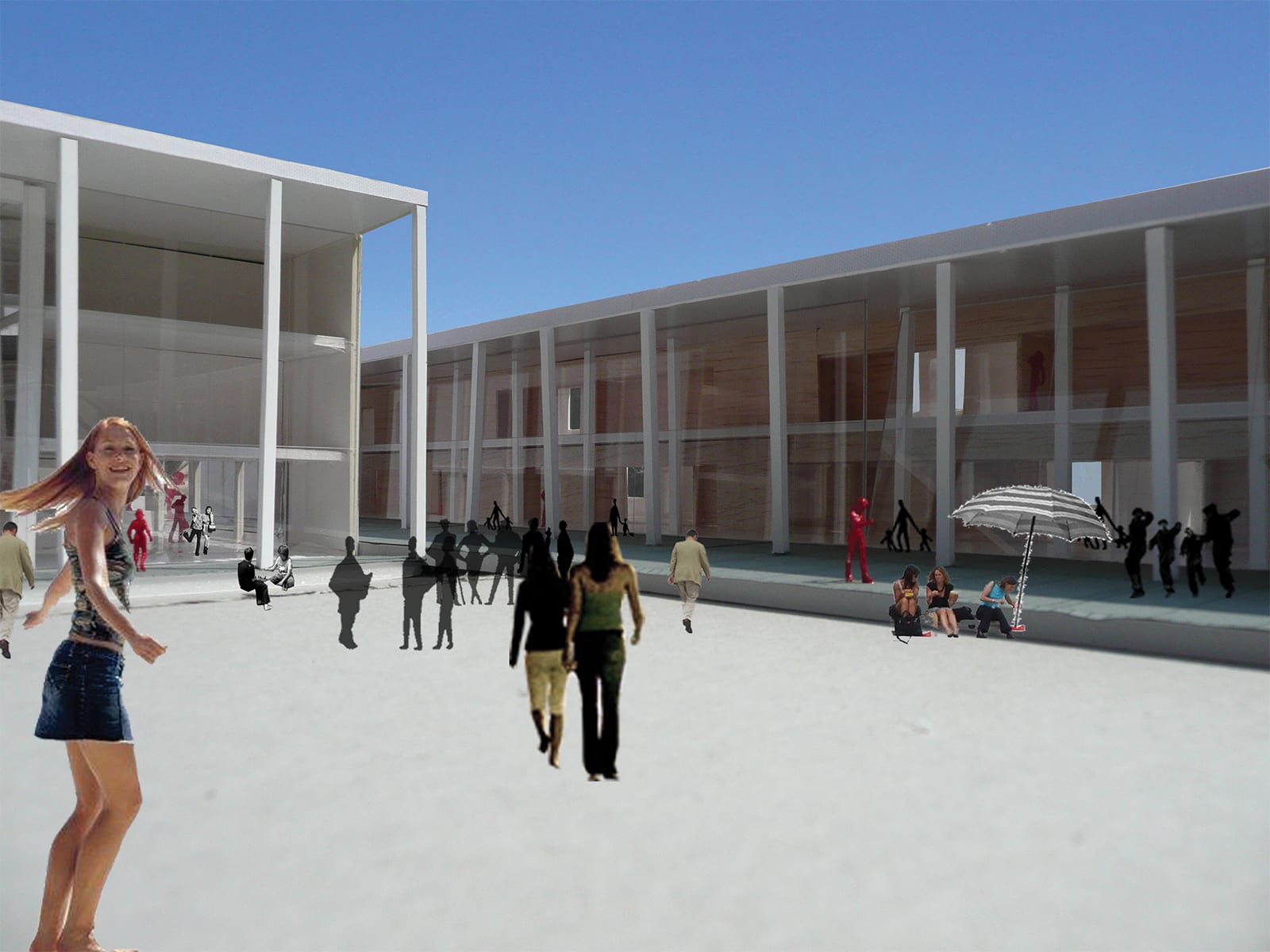 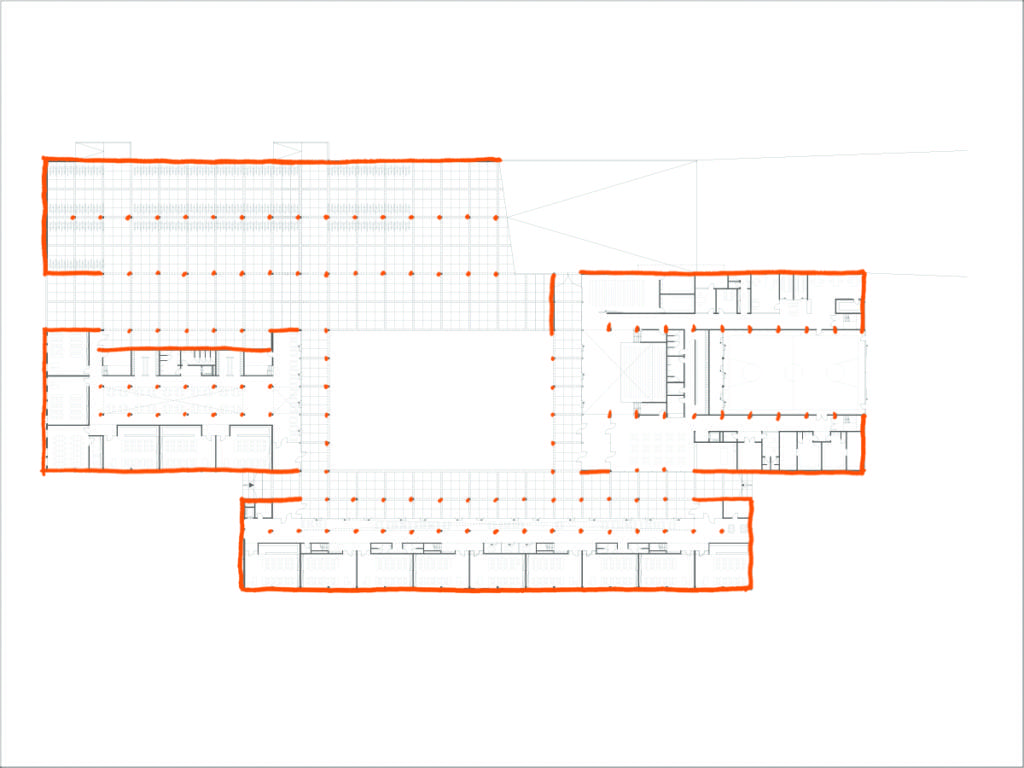 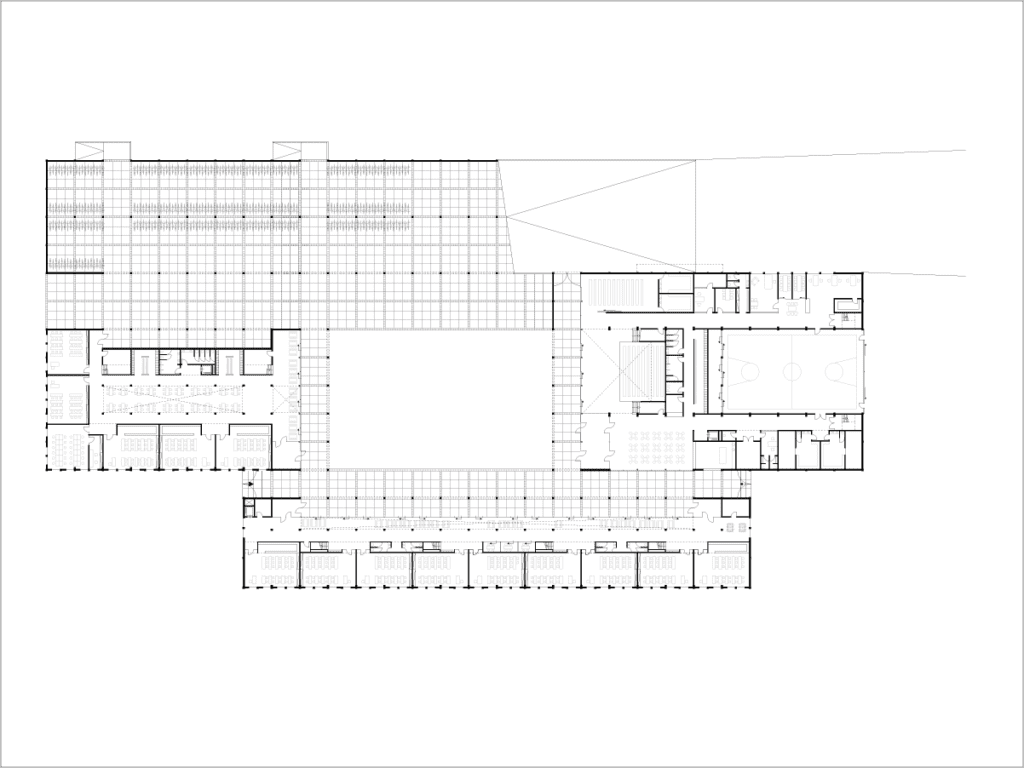 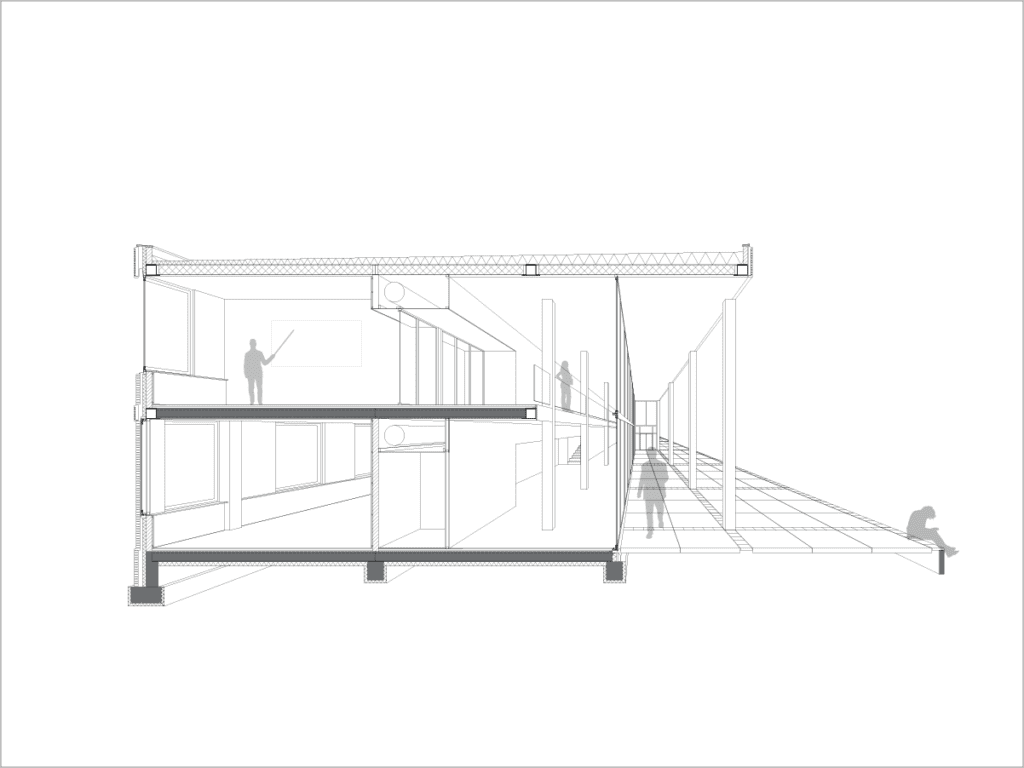