Lenin taking part in the dialogue on tolerance

Together with Thijs Brienen we entered a competition to design a Tolerance Pavilion on the Red Square in Moscow. However, due to the grand urban scale a bigger approach was necessary. Since the vastness of the Red Square, a pavilion can easily be overlooked, or, even worse, simply be ignored. By creating an expo, visitors to Lenin’s Mausoleum and the GUM (Moscow’s biggest warehouse), are now drawn into the expo.

By placing eight volumes around the Lenin Mausoleum, the mausoleum itself becomes part of the tolerance question. 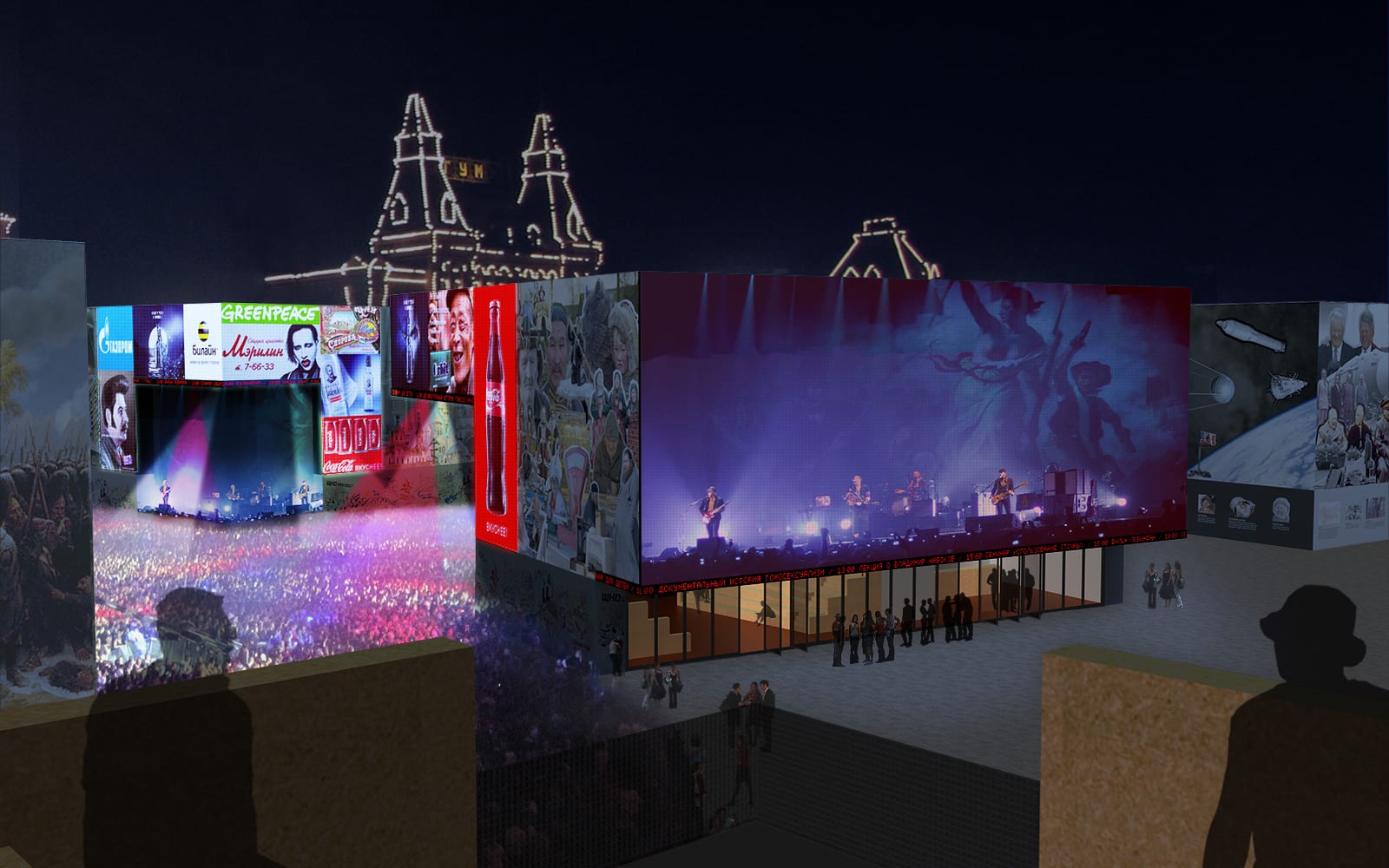 As architects are not to judge about whether the mausoleum is more or less important than the other themes on the tolerance agenda. Therefore, the measurements of each volume’s footprint and their height are equal to the mausoleum’s measurements. The volumes are placed on a grid, which implies a democratic act. However, in a composition based on nine objects, the central volume is usually conceived as the kernel. So in order to preserve neutrality, the volumes are rotated slightly to make this kernel less defined and a sense of centre more ambiguous. Non-hierarchy is achieved through the manneristic grid.